If you are on a journey to learning the full utility of React Native framework, you must know the use of the expo-av React Native package in creating a video player app. Here, you will also get the code snippets and the steps of running the project on a virtual device. 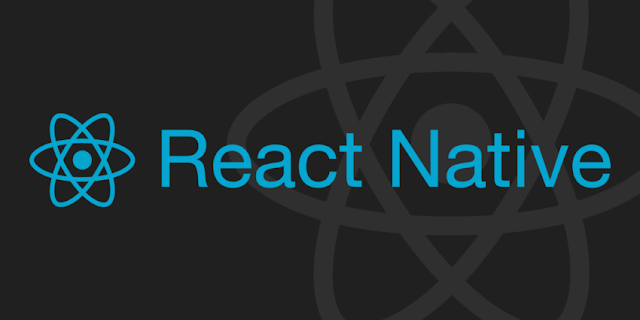 So, let’s get into this journey.

What are the prerequisite criteria?

If you are using the React Native framework for the first time, you should not skip this installation step. However, if this setup is already done in your system, skip this step and start directly with the codebase and third-party React Native package installation.

You have to look for a reliable learning source.

Now, we will discuss the utility of expo-av in this project and its installation process.

One of the most important reasons behind the increasing use of React Native as a cross-platform app development framework is that it supports third-party libraries. This means you don’t have to create components by yourself but can take the work of the community members and install it in your project. It has not only made the life of developers much easier but has made the React Native community stronger.

In this note, you must use expo-av, a React Native third-party package. To get this package linked to your app, you have to open a terminal from your project folder and execute npx expo install expo-av.

Since we need to create the video player app, you will only need the Video component from expo-av.

Also, if you are working on the Expo CLI and not on bare React Native CLI, you need to install the expo package.

If you are done with installing the third-party dependencies, let’s move forward with the next section.

Creating the codebase for the project

First, add all the components that may be needed for your project. Reference is given in image 1.

* in the first line implies that the code imports the entire React library. You will need it further to get the React Native components.

It imports Button, StyleSheet, and View components from the react-native library.

It also uses Expo’s AVPlayerView component to display a video from an AVPlayer object.

Consider the code snippet in image 2.

This code syntax is a function that considers an object named App. It designs a React component video. You need to use this to present the video on the app screen. There are two variables in this syntax namely status and setStatus. setStatus is set up as an empty object {}, which implies it has no key or value.

Further, you have to use the useRef() method to add a null reference to it. The reference is undefined. Then the code assigns this new reference to the video variable. This will allow you to use it later on in your codebase while showing your video component.

To access the created reference from anywhere else in your program, you have to use React’s hook useState() method with initial data inside the curly braces ({}). You can set the video status to playing mode or pause mode.

Now use the code snippet in image 3.

Here, the code embeds a container view that has a video. The video is added with the source property to be an MP4 file. Also, it is looping. When the status of the playback changes, the onPlaybackStatusUpdate function will update the video status.

The use of native controls is a prop that directs the video player to use native controls. resizeMode=”contain” means that when the video is played, it will only be resized if it’s smaller than the view container.

Now, it is the part of designing the container, video, and the buttons used to control the video.

For the designing part, you have to start with StyleSheet. As you can notice in image 4, we have started with the object container. Flex is set as 1, and all the content of the container is centered. The background color is #ecf0f1.

The next object that you have to design is a video. It has three keys and their respective values. You can consider the keys as properties. So, here the properties are align-self, width, and height. Width and height are 320 pixels and 200 pixels respectively.

The last object is the buttons which will enable users to control the video. Refer to image 6.

You are done framing the codebase of the custom video player app. After creating an app, it is necessary to test and run the app on any device. The device can be a virtual device or a real device.

Here, we will test the app on an emulator. Let’s do that.

Testing the app on the virtual device

Go to your Visual code editor and build a new terminal from your project.

Run npm install. It will install all the required dependencies. Then you have to execute npx react-native run-android.

Wait for some minutes and your emulator will start. For the final output of my codebase, refer to image 7.

As you can see, the app screen renders a video player app. It has all the buttons required to pause and play the video. The user can see the total time span of the video.

Creating an app is not that difficult and so is a video player application. Most importantly, with React Native, it has become much easier.

Popular posts from this blog

How To Connect with Disney+ help centre

January 16, 2023
Are you feeling trouble with Disney+? Then it’s time to contact Disney Plus customer service, where you can solve all of your problems through their support team. Subscribers can talk in the phone or can do live chat through the computer to get the solution to the problem. No answer is far away from you where you need to double-check the number, and if it’s still working, you can track the solution and wait for the supporting agent. Sometimes it happens that a few phone numbers do not work, that time, subscriber even can write an article and put the heading that “Problems have to be solved”. Since it is one of the best streaming service, you can expect a quick reply. Steps to get Disney+ Customer Service: Through your browser, visit to Disney Plus Help Centre. You need to select your problem and scroll down to start following the page. If it is a suggested issue, then you may get a solution immediately, and you no need to go to an agent. You can call them through voice chat for vi
Post a Comment
Read more

February 02, 2023
If you have access to a high-quality video chat tool, in-person meetings may become obsolete. There is still a chance of contracting COVID, and there are additional reasons to avoid being in close quarters with people you need to communicate with. With the use of video chat software, you may feel like you’re there even if you can’t physically be there. With today’s advanced communication technologies, you need not even be in the same time zone. You can stay in touch with the people that matter to you without ever leaving your house thanks to video chat apps. Table of Contents But how can you know which service is right for you? Zoom Meeting Skype Google Duo Discord Facetime Facebook Messenger Whatsapp Microsoft Team How to choose the right software for your needs in the world of video chatting But how can you know which service is right for you? There is a plethora of options, making it challenging to select the best software. Fortunately, we’ve compiled a list of the top video apps to
Post a Comment
Read more

Jasan Ron
If you're looking for tips on how to use a cryptocurrency wallet, keep reading to learn more about the Metamask platform. You can buy, send, swap, and store cryptocurrencies recklessly and Coinbase securely.